Royal Jelly is frequently referred to as a "Brain Booster" and this study takes it another step further by demonstrating improved memory and spatial learning, significant relevance for Alzheimer sufferers. Another important finding is the use of freeze-dried Royal Jelly, which eliminates obstacles such as the bitter taste and inconvenience of consuming fresh Royal Jelly... 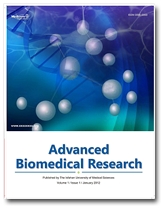 BACKGROUND:
It has been recently demonstrated that Royal jelly (RJ) has a beneficial role on neural functions. Alzheimer's disease (AD) is associated with impairments of learning and memory. Therefore, the present study was designed to examine the effect of RJ on spatial learning and memory in rats after intracerebroventricular injection of streptozotocin (icv-STZ).

MATERIALS AND METHODS:
Rats were infused bilaterally with an icv injection of STZ, while sham rats received vehicle only. The rats were feed with RJ-contained food (3% w/w) (lyophilized RJ mixed with powdered regular food) or regular food for 10 days. Then spatial learning and memory was tested in the rats by Morris water maze test. 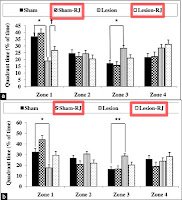 RESULTS:
Results showed that in icv-STZ group latency and path length were increased as compared to sham group, also icv-STZ rats less remembered the target quadrant that previously the platform was located; however, these were protected significantly in STZ group that received RJ-containing food.