It's true, Royal Jelly has something special! Numerous articles have reported that Royal Jelly possesses certain values and now this study validates it's rich, natural source of Pantothenic Acid (B5). As stated by Wikipedia, "For many animals, pantothenic acid is an essential nutrient"...

Although royal jelly constitutes one of the richest natural sources of pantothenic acid (vitamin B5), a reliable and validated chromatographic method to determine this analyte in this matrix has yet to be described in literature. In this work we present an original RP-HPLC procedure to measure the concentration of pantothenic acid in royal jelly. A sample pre-treatment is needed to prevent the interference of high protein concentration in the matrix.

The method has been validated in terms of LoD, LoQ, linearity, precision (repeatability and reproducibility) and bias.

Finally, the whole procedure was tested on a number of samples of royal jelly from different origin, providing concentration values spanning from 120±30 to 565±40 mg Kg-1 of pantothenic acid.

Honey and propolis are extremely complementary with herbal remedies. After all, bee products are plant-based, so it's not suprising that combining the beneficial effects of garlic with honey will improve the effects of both. This is known as Api-Phytotherapy and even though this is from the stingless bee, it's antibacterial properties are similar to honey from Apis mellifera...

OBJECTIVE:
To investigate the synergic antibacterial activity of garlic and tazma honey against standard and clinical pathogenic bacteria.

CONCLUSIONS:
This finding strongly supports the claim of the local community to use the combination of tazma honey and garlic for the treatment of different pathogenic bacterial infections. Therefore, garlic in combination with tazma honey can serve as an alternative natural antimicrobial drug for the treatment of pathogenic bacterial infections. Further in vivo study is recommended to come up with a comprehensive conclusion.

The use of propolis as an antifungal agent has been documented in numerous studies and the increasing interest in the pharmaceutical industry to develop a clinical solution is not surprising since the non-toxic effects of propolis outweigh the negative side effects of drugs. Fortunately, propolis already exists as an ovule on the market... 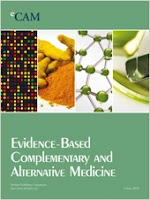 Vulvovaginal candidiasis is the second cause of vaginal infection in the USA. Clinical treatment of C. albicans infections is routinely performed with polyenes and azole derivatives. However, these drugs are responsible for undesirable side effects and toxicity. In addition, C. albicans azole and echinocandin resistance has been described.

Propolis is a bee product traditionally used due to its antimicrobial, anti-inflammatory, and other properties. Therefore, the present work aimed to evaluate different propolis presentations in order to evaluate their in vitro and in vivo efficacy.

The methodologies involved antifungal evaluation, chemical analysis, and the effects of the rheological and mucoadhesive properties of propolis based gels. The obtained results demonstrated the fungicide action of propolis extracts against all three morphotypes (yeast, pseudohyphae, and hyphae) studied. The highest level of fungal cytotoxicity was reached at 6-8 hours of propolis cell incubation. Among the based gel formulations developed, the rheological and mucoadhesive results suggest that propolis based carbopol (CP1%) and chitosan gels were the most pseudoplastic ones. CP1% was the most mucoadhesive preparation, and all of them presented low thixotropy.

Results of in vivo efficacy demonstrated that propolis based gels present antifungal action similar to clotrimazole cream, suggesting that future clinical studies should be performed.

Honey as a cough suppressant has been studied, documented and authenticated for mild upper respiratory coughs. Now this double-blind study used a honey - coffee jam to significantly reduce persistent post-infectious coughs when compared to prednisolone, a steroid. Once again, honey helps and heals as a complementary, adjuvant solution without negative side effects...

Background:
Persistent post-infectious cough (PPC) is a cough that remains after a common cold or an upper respiratory tract infection for more than three weeks or perhaps for many months. Two of the suggested treatments for PPC are systemic steroid and honey plus coffee.

Aims:
The aim of this study was to evaluate and compare scientifically the therapeutic effects of these two regimens.

Methods:
A double-blind randomised controlled trial was conducted from 2008 to 2011 at the Baqiyatallah University Hospital, Tehran, Iran. Included in the study were 97 adults who had experienced PPC for more than three weeks. Patients with other causes of chronic cough, systemic disease, or abnormal routine laboratory tests were excluded. The participants were distributed into three groups. A jam-like paste was prepared which consisted of honey plus coffee for the first group ('HC'), prednisolone for the second group (steroid, 'S'), and guaifenesin for the third group (control, 'C'). The participants were told to dissolve a specified amount of their product in warm water and to drink the solution every eight hours for one week. All the participants were evaluated before treatment and one week after completion of treatment to measure the severity of their cough. The main outcome measure was the mean cough frequency before and after one week's treatment calculated by a validated visual analogue cough questionnaire score.

Conclusions:
A combination of honey and coffee can be used as an alternative medicine in the treatment of PPC.

Good honey heals wounds and certain monofloral honeys heal even better. It's important that studies are exposing other honeys that possess antimicrobial activity useful in wound management. Of course, it starts with good beekeeping habits...

Delayed healing associated with distal limb wounds is a particular problem in equine clinical practice. Recent studies in human beings and other species have demonstrated the beneficial wound healing properties of honey, and medical grade honey dressings are available commercially in equine practice. Equine clinicians are reported to source other non-medical grade honeys for the same purpose.

This study aimed to assess the antimicrobial activity of a number of honey types against common equine wound bacterial pathogens. Twenty-nine honey products were sourced, including gamma-irradiated and non-irradiated commercial medical grade honeys, supermarket honeys, and honeys from local beekeepers.

To exclude contaminated honeys from the project, all honeys were cultured aerobically for evidence of bacterial contamination. Aerobic bacteria or fungi were recovered from 18 products. The antimicrobial activity of the remaining 11 products was assessed against 10 wound bacteria, recovered from the wounds of horses, including methicillin resistant Staphylococcus aureus and Pseudomonas aeruginosa.

Eight products were effective against all 10 bacterial isolates at concentrations varying from < 2% to 16% (v/v). Overall, the Scottish Heather Honey was the best performing product, and inhibited the growth of all 10 bacterial isolates at concentrations ranging from < 2% to 6% (v/v). Although Manuka has been the most studied honey to date, other sources may have valuable antimicrobial properties.

Since some honeys were found to be contaminated with aerobic bacteria or fungi, non-sterile honeys may not be suitable for wound treatment. Further assessment of gamma-irradiated honeys from the best performing honeys would be useful.