Honey: A Healthy Choice for Diabetics

This published article reviews all studies that validate honey as a novel anti-diabetic agent. To no surprise, honey has been revered as a naturally, preferred sweetner for diabetics, simply for the fact that it doesn't require insulin to be digested. This peer-reviewed article from Romanian faculty is very qualified to digest the data for the intrinsic value contained within.


Honey and Diabetes: The Importance of Natural Simple Sugars in Diet for Preventing and Treating Different Type of Diabetes 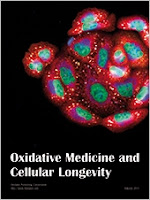 Diabetes is a metabolic disorder with multifactorial and heterogeneous etiologies. Two types of diabetes are common among humans: type 1 diabetes that occurs when the immune system attacks and destroys insulin and type 2 diabetes, the most common form, that may be caused by several factors, the most important being lifestyle, but also may be determined by different genes.

Honey was used in folk medicine for a long time, but the health benefits were explained in the last decades, when the scientific world was concerned in testing and thus explaining the benefits of honey. 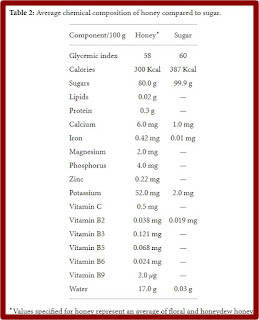 Different studies demonstrate the hypoglycemic effect of honey, but the mechanism of this effect remains unclear.

This review presents the experimental studies completed in the recent years, which support honey as a novel antidiabetic agent that might be of potential significance for the management of diabetes and its complications and also highlights the potential impacts and future perspectives on the use of honey as an antidiabetic agent. 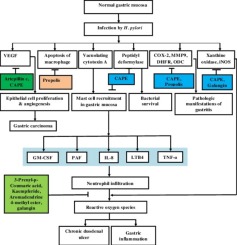 The anti-inflammatory effects of propolis are well-documented, especially on mucous linings of the body. This study reaffirms its capacity to reduce inflammation while also diminishing nitric oxide synthase, another inflammatory factor in septic shock, auto-immune diseases or proinflammatory cytokine production. 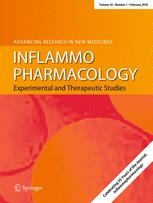 Celiac Disease (CeD) is a chronic immune-mediated enteropathy, in which dietary gluten induces an inflammatory reaction, predominantly in the duodenum. Propolis is a resinous hive product, collected by honeybees from various plant sources.

Propolis is well-known for its anti-inflammatory, anti-oxidant and immunomodulatory effects, due to its major compounds, polyphenols and flavonoids. The aim of our study was to assess the ex vivo effect of ethanolic extract of propolis (EEP) upon the activity and expression of iNOS, along with IFN-γ and IL-10 production in Algerian Celiac patients. In this context, PBMCs isolated from peripheral blood of Celiac patients and healthy controls were cultured with different concentrations of EEP. NO production was measured using the Griess method, whereas quantitation of IFN-γ and IL-10 levels was performed by ELISA. Inducible nitric oxide synthase (iNOS) expression, NFκB and pSTAT-3 activity were analyzed by immunofluorescence assay.

Our results showed that PBMCs from Celiac patients produced high levels of NO and IFN-γ compared with healthy controls (HC). Interestingly, EEP reduced significantly, NO and IFN-γ levels and significantly increased IL-10 levels at a concentration of 50 µg/mL. Importantly, EEP downmodulated the iNOS expression as well as the activity of NFκB and pSTAT-3 transcription factors.

Altogether, our results highlight the immunomodulatory effect of propolis on NO pathway and on pro-inflammatory cytokines. Therefore, we suggest that propolis may constitute a potential candidate to modulate inflammation during Celiac Disease and has a potential therapeutic value.