bee venom therapy has been used for arthritis, scar therapy, even used to remove moles. 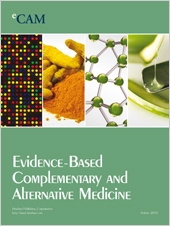 
Bee venom (BV), which is extracted from honeybees, is used in traditional Korean medical therapy.

Several groups have demonstrated the anti-inflammatory effects of BV in osteoarthritis both in vivo and in vitro. Glutamate is the predominant excitatory neurotransmitter in the central nervous system (CNS). Changes in glutamate release and uptake due to alterations in the activity of glutamate transporters have been reported in many neurodegenerative diseases, including Parkinson's disease, Alzheimer's disease, and amyotrophic lateral sclerosis.
To assess if BV can prevent glutamate-mediated neurotoxicity, we examined cell viability and signal transduction in glutamate-treated neuronal and microglial cells in the presence and absence of BV. We induced glutamatergic toxicity in neuronal cells and microglial cells and found that BV protected against cell death. Furthermore, BV significantly inhibited the cellular toxicity of glutamate, and pretreatment with BV altered MAP kinase activation (e.g., JNK, ERK, and p38) following exposure to glutamate.
These findings suggest that treatment with BV may be helpful in reducing glutamatergic cell toxicity in neurodegenerative diseases.