We normally see royal jelly supporting the nervous and cardiovascular systems, horomonal production and boosting vitality. Surprisingly, this study found it also protects from the negative side effects of a chemotherapy drug, as well as sperm viability. Amazing as it seems, bee products have a capacity of not only protecting but enhancing our health... 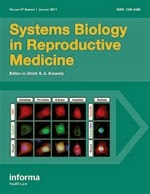 This study was carried out to evaluate the protective effects of royal jelly (RJ) on taxol (TXL)-induced damage of the testis.

Wistar rats were divided into control and test groups. The test group was divided into five subgroups; the first four groups along with TXL administration (7.5 mg/kg body weight (bw), weekly), received various doses of RJ (0, 50, 100, and 150 mg/kg bw). The last group received only RJ at 100 mg/kg. Royal jelly lowered the TXL-induced malondialdehyde and nitric oxide levels and enhanced the total thiol molecules in the testis. Remarkably RJ reduced the TXL-induced pathological injuries such as cellular shrinkage and seminiferous tubule depletion. Taxol-reduced sperm viability (27.5 ± 2.98 % vs. 85.0 ± 8.6% in the control group) was recovered by RJ administration as 80.5 ± 10.6% of the sperm were found alive in the group of animals which received 150 mg/kg RJ. The TXL-exposed and TXL plus RJ-administered animals showed a significant up-regulation of transcription factor E2f1 mRNA.


Our data suggest that the TXL-induced histopathological and biochemical alterations could be protected by the administration of RJ. The RJ protective effects might be attributed to its antioxidant capacity and its capability in the regulation of E2f1 expression.