Yet another study confirming the beneficial effects of bee venom in treating acne. Bee venom which has antibacterial, anti-inflammatory properties has advantages over acne medication, as it doesn't exhibit negative side-effects. With the addition of little propolis and honey, this would be a very effective skin treatment. 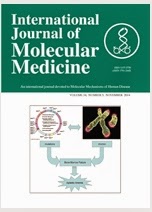 Propionibacterium acnes (P. acnes) is a major contributing factor to the inflammatory component of acne. The many prescription medications for acne allow for a large number of potential combination treatments. However, several antibiotics, apart from their antibacterial effects, exert side‑effects, such as the suppression of host inflammatory responses. Purified bee venom (BV) is a natural toxin produced by honeybees (Apis mellifera L.). BV has been widely used as a traditional medicine for various diseases.

In the present study, to investigate the therapeutic effects of BV against P. acnes-induced inflammatory skin disease, P. acnes was intradermally injected into the ears of mice. After the injection, BV was applied to the skin surface of the right ear. Histological observation revealed that P. acnes induced a considerable increase in the number of infiltrated inflammatory cells. However, treatment with BV markedly reduced these reactions compared with the P. acnes-injected mice not treated with BV. Moreover, the expression levels of tumor necrosis factor (TNF)-α, and interleukin (IL)-1β were significantly reduced in the BV-treated mice compared with the untreated P. acnes-injected mice.

In conclusion, our data indicate that BV has potential for use as an anti-acne agent and may be useful in the pharmaceutical and cosmetics industries.