We need more studies on the advantages of monofloral honeys. This is precisely what was done for Manuka Honey and we now see its worldwide acceptance into main stream medical and veterinary usage... 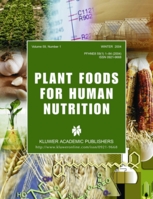 Several monofloral Cuban honeys were analyzed to determine their free radical-scavenging activity and from this the total antioxidant content was estimated. The protective effect against lipid peroxidation in an in vitro model of rat liver homogenates was evaluated and, lastly, the mineral content of the honeys, which can be related to the maintenance of intracellular oxidative balance, was determined.
The scavenging capacities against hydroxyl and superoxide radicals were determined using the spin-trapping technique and the hypoxanthine/xanthine oxidase assay, respectively. Lipid peroxidation was evaluated through the production of TBARS and hydroperoxides. All honeys tested showed potential antioxidant activity with Linen vine displaying the highest scavenging capacity towards the DPPH, hydroxyl and superoxide radicals, while the least efficient was Christmas vine honey. Honeys also inhibited, in a concentration-dependent mode, lipid peroxidation in rat liver homogenates, with Linen vine resulting the best while the least effective was Christmas vine honey.
The ability to scavenge free radicals and protect against lipid peroxidation may contribute to the ability of certain Cuban honeys to help in preventing/reducing some inflammatory diseases in which oxidative stress is involved. A total of eight minerals were identified and quantified as follows: cadmium, chromium, copper, nickel, iron, manganese, lead, and zinc. Minerals found in higher concentrations were iron, zinc and manganese.