This study confirms that the holistic capacity of honey, which is rich in sugars, cannot be duplicated to possess the same anticancer effects as lab-created honey. Honey has unique origins from the nectar sources to the transitional processes that honey bees use to make it medicinal and nutritional. Honey is good medicine. 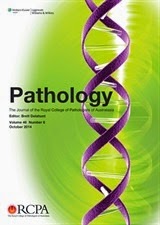 Aim:
High concentration of sugar is carcinogenic. Honey which is rich in sugars has been shown to have anti-cancer effect. There is no study reported on the effect of sugars mimicking the concentration of sugars of honey (honey-mimic) in inhibiting breast carcinoma in rats. The aim of the study is to investigate if honey-mimic has similar effect as natural honey on experimental breasts tumor induced by N-methyl-N-nitrosourea (MNU) in rats.

Methods:
Honey-mimic was made by mixing proportions of fructose, glucose, sucrose and maltose mimicking the sugar composition of honey based on published method. Forty Sprague-Dawley rats were randomly divided into 4 groups with 10 animals per each group. Group 1 rats did not receive MNU injection (negative control). Group 2, 3, 4 rats received a single intraperitoneal dose (80 mg/kg body weight) of MNU injection. The size and development of the tumors were monitored. When the tumor size reached 10-12 mm2 in diameter, rats of Group 3 were given oral honey-sugar mimic 1.0 g/kg while Group 4 was given honey 1.0 g/kg body weight daily. Group 2 was not given honey-sugar mimic nor natural honey (positive control). All rats were allowed to feed on rat chowder ad lib. After 120 days, all rats were sacrificed and tumors were harvested for gross and histopathological examinations
.
Results:
The mean number of tumors developed per rat in groups 2, 3, 4 was 4.9 +/- 0.60, 3.6 +/- 0.40 and 3.4 +/- 0.30, respectively. The mean tumor weight and volume in the negative and positive control group were significantly larger at 11.85 +/- 1.01 g and 8.50 +/- 0.40 cm3, respectively; while in the test groups (Groups 3 and 4) were 6.45 +/- 0.60 g and 4.50 +/- 0.20 cm3; 4.34 +/- 0.35 g and 2.50 +/- 0.20 cm3 (p < 0.05), respectively. Histopathological grading revealed that the majority of rats which received honey-sugar mimic and honey were of grade 1 and 2 compared to control, which were of grade 3.

Conclusion:
Sugar concentration mimicking composition of sugars in natural honey has some anti-carcinogenesis modulation properties but not as effective as honey.